Guitar Hero Live has been rebuilt from the ground up to create a new and improved experience for both Guitar Hero veterans and new players. One of the biggest updates to the game is the completely redesigned guitar controller. Let's take a look at how the new controller's been reworked. 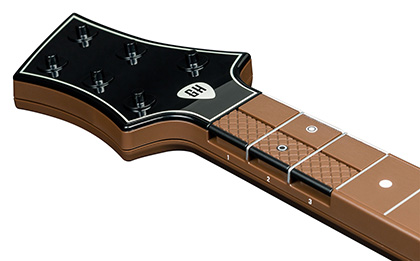 Six Buttons: You’ll note that rather than five buttons in a line, the new controller has six buttons arranged in two rows of three. The new configuration makes it easier for beginners who only use the bottom three buttons to get into the game. On the other hand, veteran Guitar Hero players will find that gameplay gets much tougher at the upper end. The new configuration allows things like the feeling of switching between strings and natural chord progression shapes.

You’ll also notice that the colors are gone. While it was tough giving up the classic colors, the new guitar highways are even clearer and easier to follow. 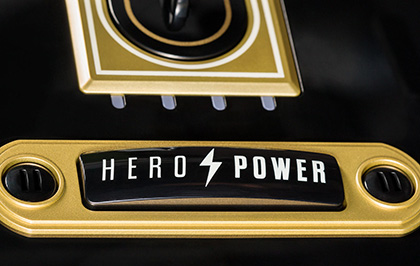 Hero Power Button: There are all sorts of new Hero Powers to experiment with that can be activated by using the classic tilt sensor or slamming the new Hero Power button. 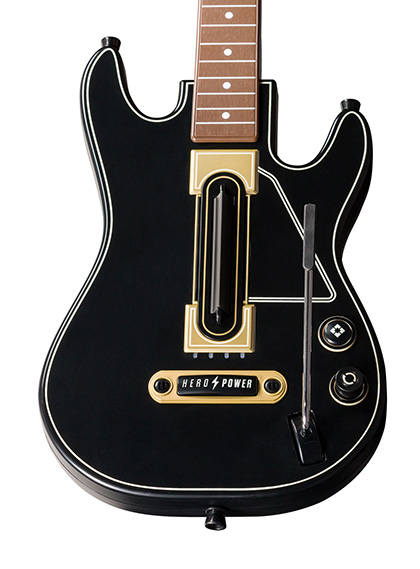 A Redesigned Controller Body: The guitar controller’s body has been redesigned to reflect the more realistic look of Guitar Hero Live.

It’s good to know, though, that some things haven’t changed:

Classic Strum Bar: When it works, it works. The Strum Bar you know and love is back to give form to all your Pete Townsend windmills.