What comes with the Call of Duty: Infinite Warfare Season Pass 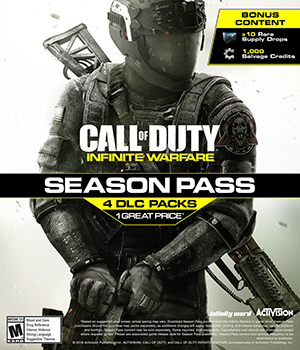 The Season Pass for Call of Duty: Infinite Warfare gets players access to four epic DLC packs and the all-new episodic Zombies story Zombies in Spaceland in 2017, all at a discounted price.