What comes with Sabotage, the first DLC pack for Call of Duty: Infinite Warfare 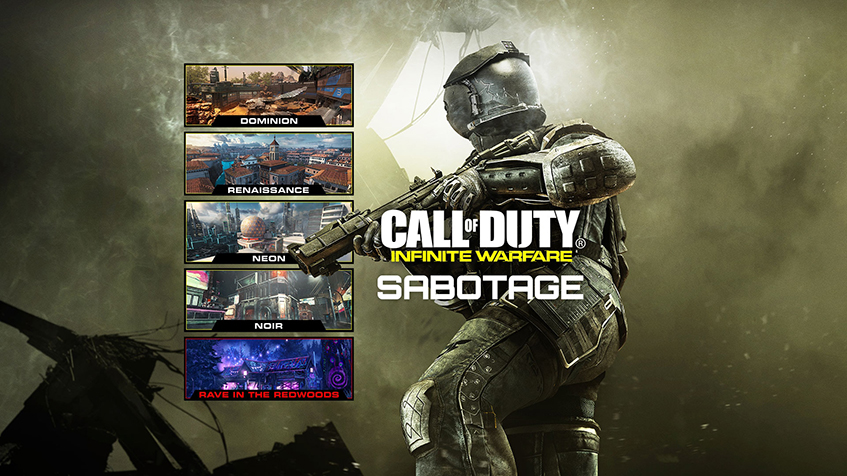 These new multiplayer maps take players to futuristic Brooklyn, an urban warfare training center, the narrow canals and streets of Venice, and a classic, re-imagined map from Call of Duty: Modern Warfare 2.

Sabotage is available now PlayStation 4, Xbox One, and PC*, and is included as part of the Call of Duty: Infinite Warfare Season Pass.

To secure this amazing new content, buy the Season Pass for Call of Duty: Infinite Warfare. 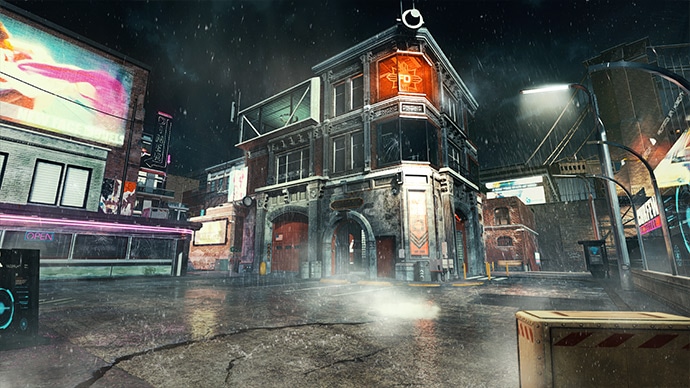 A dark, grimy city map inspired by futuristic Brooklyn at night, Noir is a classic three-lane map set against a backdrop of a dystopian future, filled with cafes and parks surrounding a brutal downtown warzone. 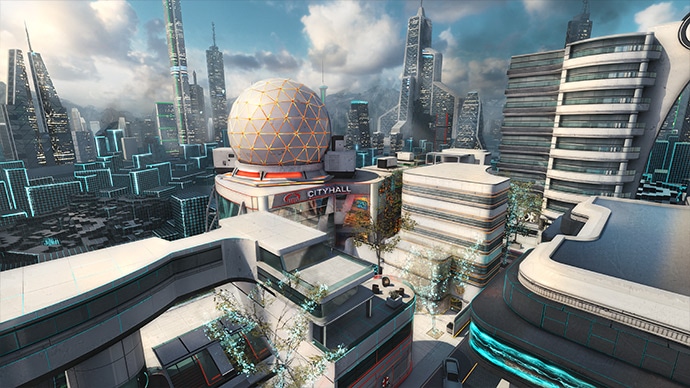 A virtual training center designed for urban warfare, Neon is a unique, digitized battle arena where cars and other structures spawn out of thin air and enemies dissolve into hundreds of pixels when defeated. Middle lane sightlines will cater to long-range players while the outsides of the map allow for quick counter-attacks in close-quarter action. Set in Northern Italy, Renaissance pits players against each other on the narrow streets of Venice surrounded by classic architecture and buildings that promote continuous action through the canals and neighborhoods of this iconic city. 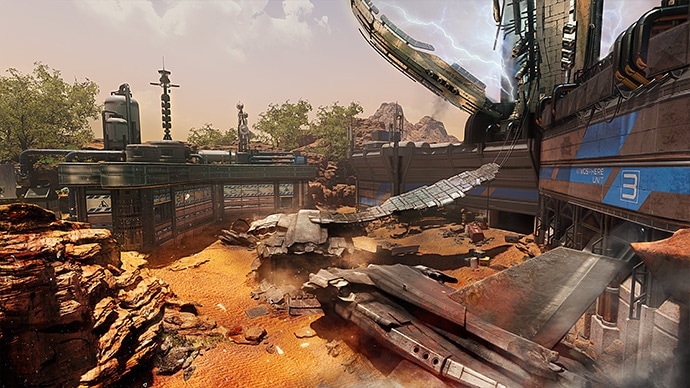 A re-imagining of the classic Afghan map from Call of Duty: Modern Warfare 2, now set on Mars, Dominion retains all the memorable landmarks and gameplay of the original, anchored by the crashed ship in the center, with a few enhancements designed to take advantage of the new movement system.

The next thrilling chapter of the Call of Duty: Infinite Warfare Zombies experience 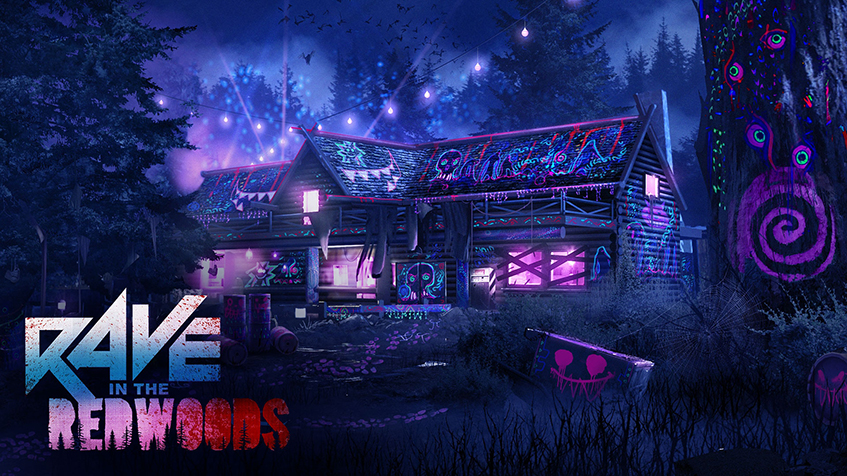 Rave in the Redwoods

In the next episode of the Zombies experience, the enigmatic movie director villain, Willard Wyler, is back. This time he has trapped the protagonists inside another one of his twisted horror films set in an abandoned, lakeside summer camp where zombie ravers have taken over and turned the grounds into a techno-fueled illusion. Rave in the Redwoods is a tense, spooky thrill-ride with shocking twists, surprises, and a slew of new Easter eggs for players to discover.