With the release of Season Six Reloaded for Call of Duty: Black Ops Cold War and Call of Duty: Modern Warfare/Warzone, a new feature will launch to help free up hard drive space on your PlayStation or Xbox.

When you launch either game, it will detect the status of your progress in the Campaign for that game. If you've completed the game's Campaign mode and have not played it within the previous seven days, you will be prompted with steps to delete the Campaign files from your console, giving you more hard drive space for future updates and Call of Duty: Vanguard. 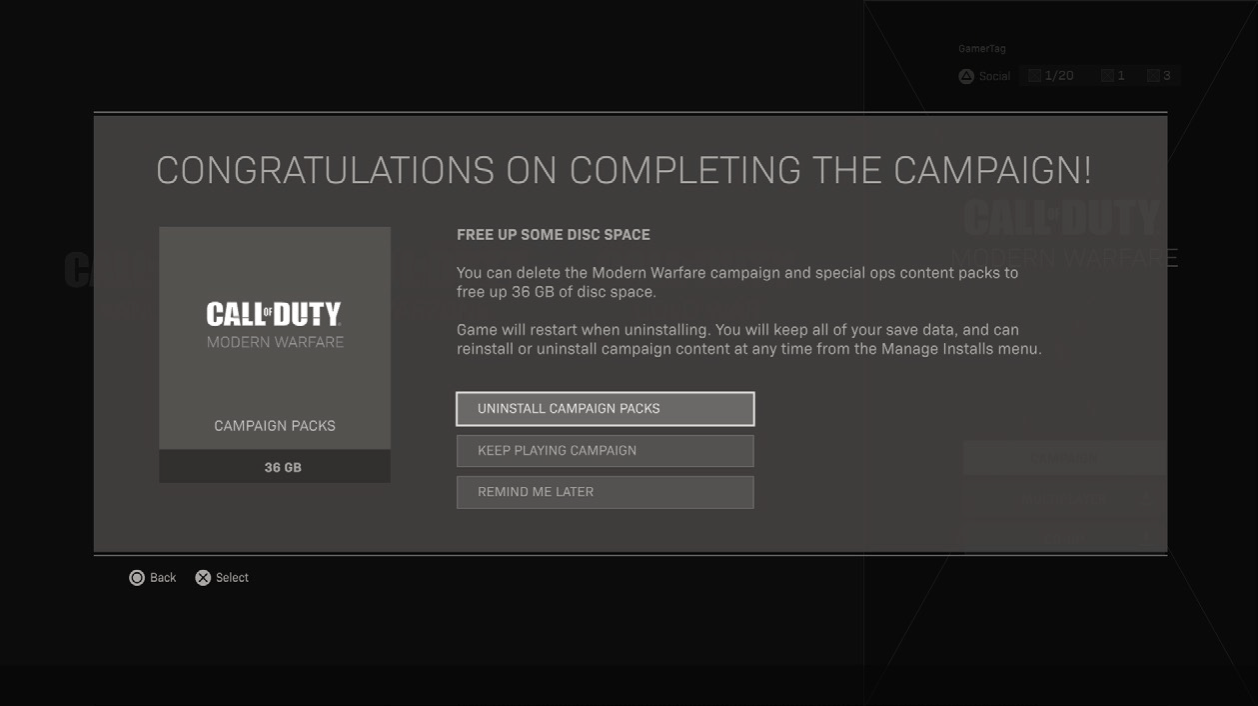 When prompted, you can select UNINSTALL CAMPAIGN PACKS to immediately uninstall and delete the content files from your console's storage while keeping your save data. 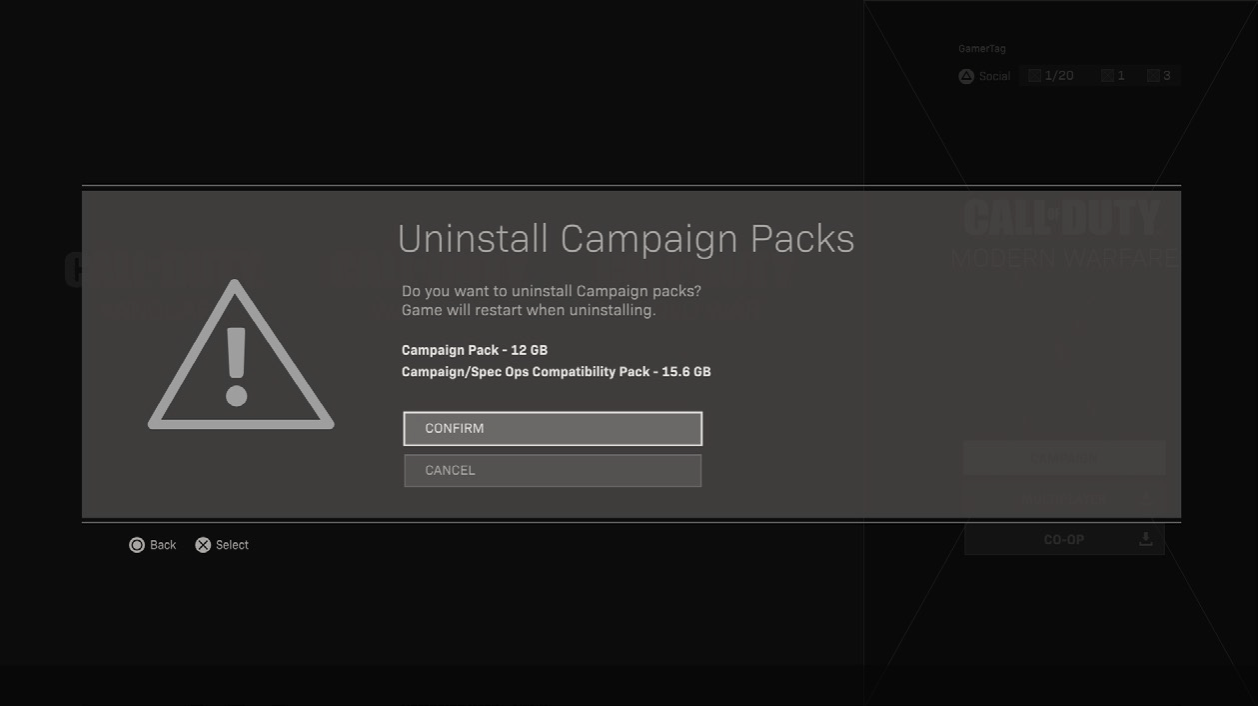 Choosing REMIND ME LATER will close the prompt and set it to display again in seven days.

You can also KEEP PLAYING CAMPAIGN to close the prompt without a reminder.

Note that you can reinstall or uninstall these Campaign content files at any time through the Manage Installs menu.