Blackout is a battle royale game mode where the last person—or team—standing wins the game. Survive to the end as the playable space collapses over time, forcing everyone into increasingly smaller spaces creating more intense battles.

You have one life per game and you will not respawn, so make that life count. If you die before the match is over, you can either back out and try again or spectate remaining players. In Duos and Quads, the game doesn't end if a teammate is eliminated, and teammates can stick around to spectate and chat with other teammates.

Getting into the Game

Before the game officially begins, Blackout will toss you into a random location on the map. Here, you can explore and try out systems, mechanics, items, and equipment you'll experience in the game, allowing you to get familiar with things before the action heats up. Although the equipment or vehicles you use can be damaged or destroyed, every player in the pregame period is invulnerable.

When enough time has passed, and/or enough players have joined, a timer will begin counting down to the start of the game. 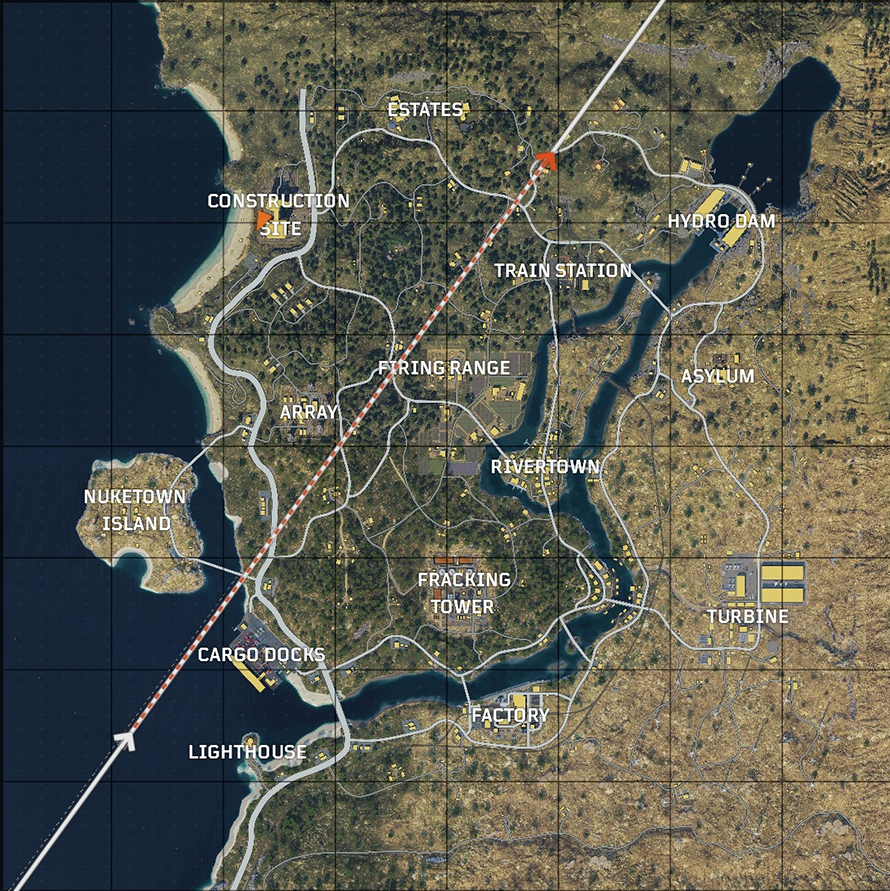 The game begins with all players in transport helicopters flying across the map in a randomly chosen straight line. When prompted, players can exit the helicopter whenever they choose.

Players then navigate the drop process using a Wingsuit. You can point in the general direction you want to head, but for extra speed and distance, fall straight towards the ground to gather maximum momentum. You can also set a waypoint marker anywhere on the map, which can be especially useful to coordinate landing spots in Duos or Quads.

When you get close to the ground, your parachute will deploy automatically, giving you a short amount of time to steer and finesse your landing.

Generally speaking, an item refers to anything you can pick up and use in the world.

Most items in Blackout need to be equipped to be used. Unlike Multiplayer, you don't customize and select a loadout before the game starts. You need to search for everything.

There are seven sections to store all of your Inventory items:

The Inventory menu allows you to fully manage everything you have. You can consume Perks, drop items for teammates, make space for new items you find, apply Attachments to Weapons, and more.

The Quick Equip menu will appear the first time you have something you can interact with in your Inventory. The goal of Quick Equip is to allow you to access Inventory items on the fly, which can be critical in firefights or if you have enemies bearing down on you.

Example of Quick Equip functions include:

The Wingsuit stays with you after Infiltration. At certain heights, such as bridges and cliff faces, the Wingsuit can be reused for base jumping. Sprint toward the edge, then press and hold the Jump button to re-deploy your Wingsuit. When base jumping, you are unlikely to take fall damage under normal circumstances, and you cannot re-deploy the parachute.

Need to get around faster than running? Be on the lookout for four vehicle types scattered around Blackout:

Vehicles are a great option to move quickly when the collapse is closing in, or to pursue or flee enemies. Whatever your tactics may be, finding a vehicle is a way to enhance your mobility and game strategies and potentially extend your survival time. Collapses will occur more rapidly as the game progresses, forcing the action to heat up.

Progression in Blackout is strictly performance-based. You will earn Merits after every match for kills, Top 5 finishes, and Victories, each with a different amount of Merits awarded. There are also several secret Challenges that can be completed to earn Merits.

Continue earning Merits to reach set milestones called Echelons. With each Echelon reached, you will be rewarded with a special Blackout Character and Calling Card.