What you can do when visiting the Quartermaster in Call of Duty: Infinite Warfare 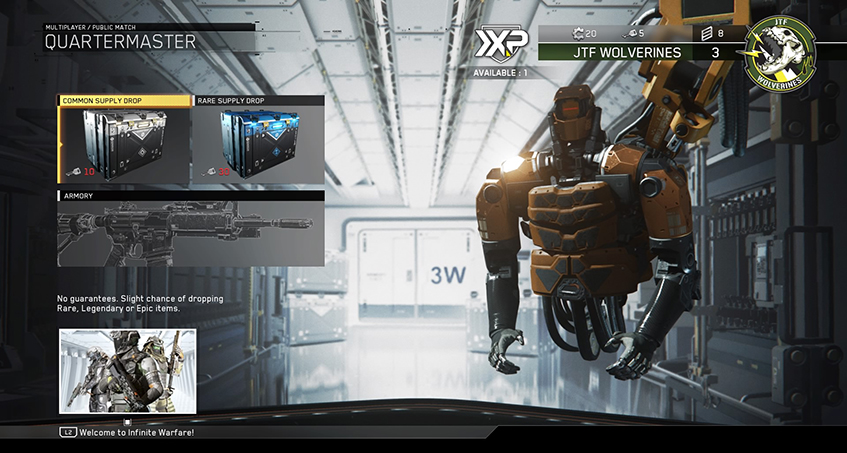 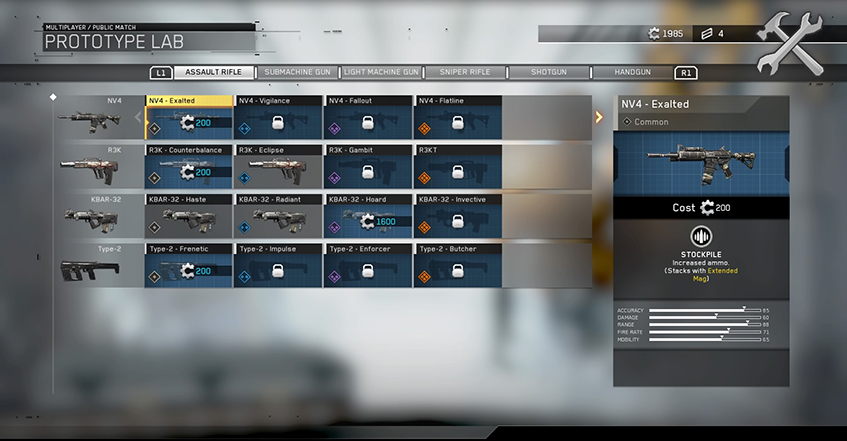 Enter the Prototype Lab to craft Prototype Weapons, unique and powerful armaments with special perks that modify functionality and provide bonuses based on your actions.

Functional modifications can increase a weapon’s base traits, while action-based modifications include bonuses such as increased ammo, more XP per kill, bursts of speed after each kill, and Payload meter bonuses for headshots. Modifications are especially effective when stacked with weapon attachments.

Crafting Weapons in the Prototype Lab 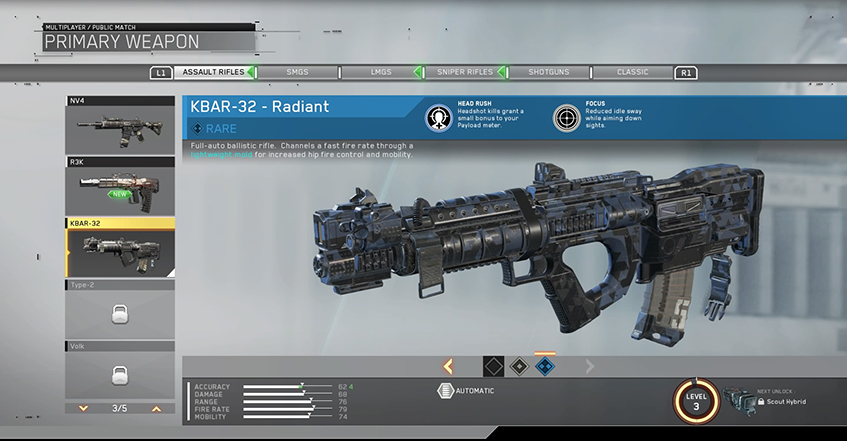 There are four ways to obtain Salvage: 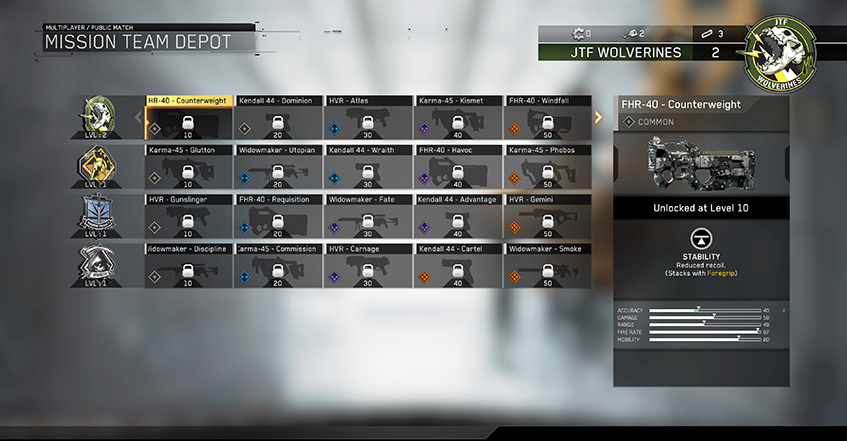 In the Mission Team Depot, you can view and craft Prototype Weapons unlocked by completing Mission Team missions. Accept missions in Mission Teams and complete them for Mission Team XP, giving you access to these exclusive weapons. 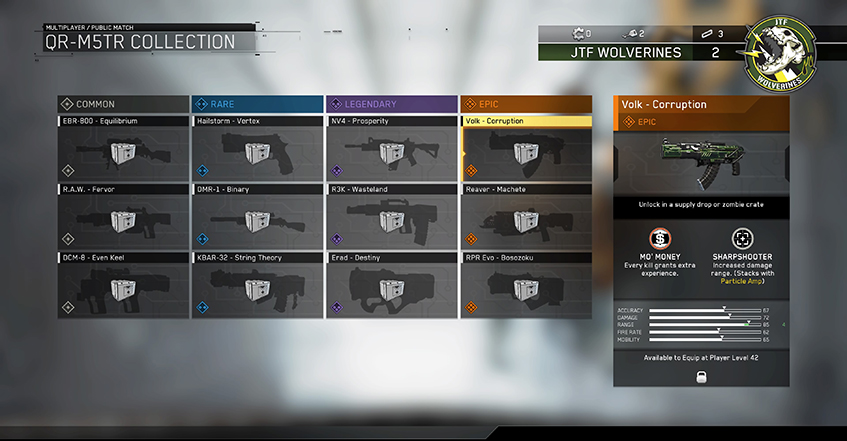 The QR-M5TR Collection contains exclusive Weapon Prototypes that are only available from Supply Drops. Many of these weapons are locked by player level and cannot be used until reaching the required level.