After beginning Sekiro: Shadows Die Twice wounded and on the brink of death, you will eventually find and discover restorative elements on your mission. Collecting these items and managing your health—or Vitality—are crucial to surviving the gauntlet of enemies that stand in your way.

The following is a guide to help you attack and defend yourself from the hordes of enemies you'll encounter on your quest.

The mysterious Healing Gourd is granted to Wolf by the Divine Heir very early in the game.

The Healing Gourd can be added to your Quick Items within the Equipment Menu, allowing you to regain a certain amount of health upon use. The Healing Gourd refills upon resting at a Sculptor’s Idol, and its maximum uses per rest can be increased by giving Gourd Seeds to Emma. Once the Shinobi Prosthetic is acquired, Emma can be found standing just outside the entrance of the Sculptor’s Dilapidated Temple.

Pellets can be found and purchased as you explore Ashina. While you can also add Pellets to your Quick Items within the Equipment Menu, Pellets offer a smaller amount of Vitality restoration.

After using Resurrection once, it cannot be used again until enough life has been taken. Performing a Deathblow on a powerful enemy (whether this kills the enemy or not) or killing several weaker enemies is usually enough to make Resurrection available once again. 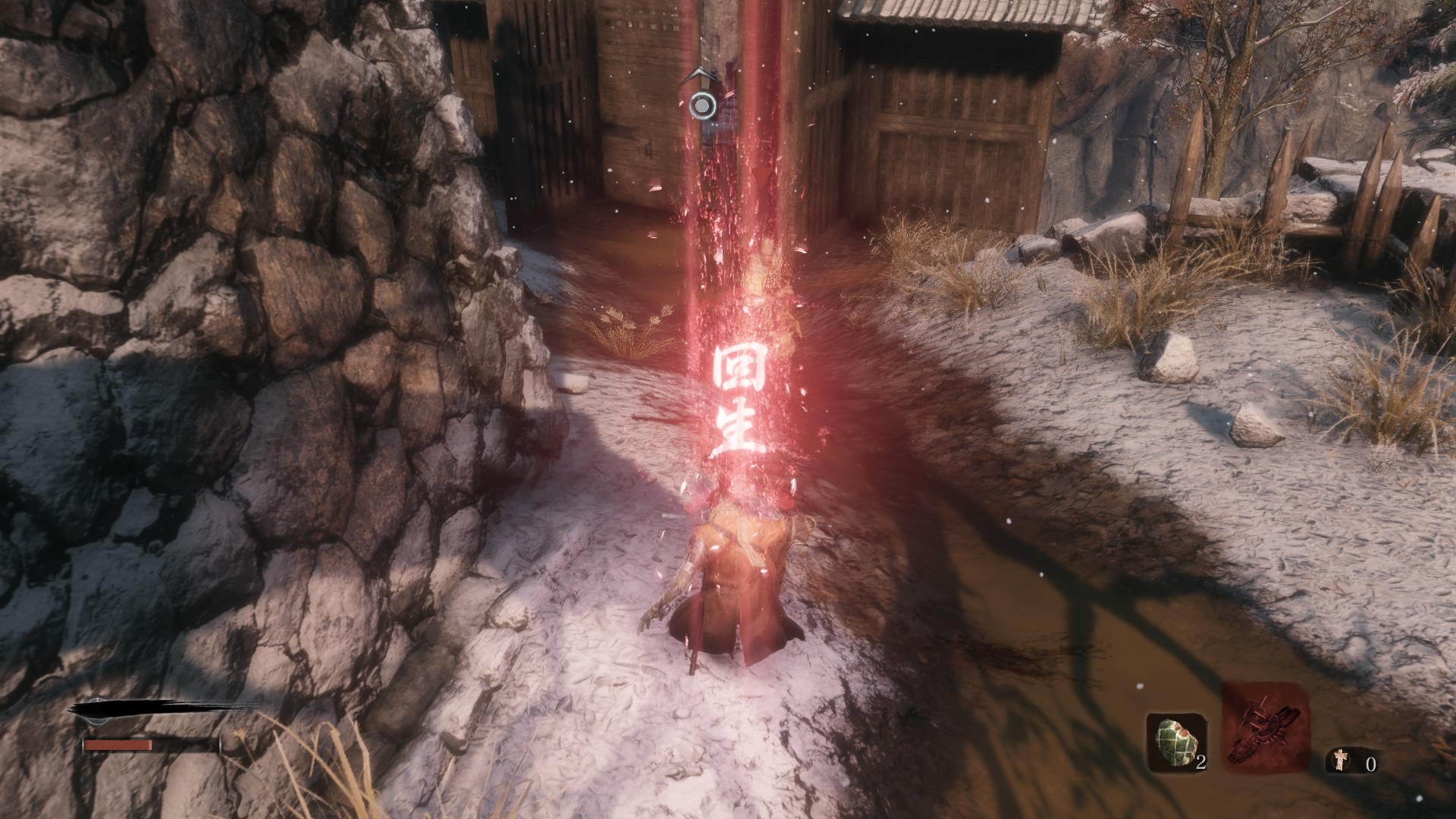 When one dies without resurrecting, it will result in the loss of experience and sen coins. However, there is a relatively low chance of receiving Unseen Aid, which allows you to keep all of your experience and sen.

If Wolf dies enough times, a sickness known as Dragonrot will begin to afflict the characters he has interacted with, affecting the Wolf's interactions with them. There may also be story consequences when Dragonrot is inflicted on certain characters.

After meeting with the Sculptor in the Dilapidated Temple, you will find your first of many Sculptor's Idols, which provide several functions. Initially, a Sculptor's Idol is a place of rest. Commune with the Sculptor's Idol to completely replenish your Vitality and restore one Resurrective Power charge. Communing will also add to your Spirit Emblems as well as any other consumable items in your Quick Items.

After discovering a second Sculptor's Idol, you'll gain the ability to fast travel to other Sculptor's Idol locations you've encountered and activated by communing with them.

As you continue to progress through your mission, you'll begin collecting Prayer Beads. When enough Prayer Beads are collected in your Inventory, they can be consumed to upgrade your maximum Vitality and Posture.

Additionally, once a skill point is earned, talking to the Sculptor will grant the Shinobi Esoteric Text, which allows Wolf to spend these skill points on new skills. There are a number of Esoteric Texts that can be found in the game.