Everything you need to know about physical card for Skylanders Battlecast 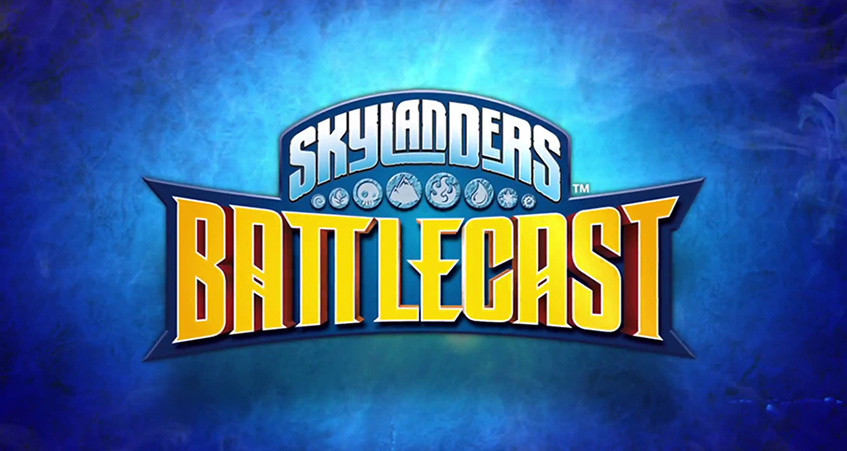 1. How do I tell the difference between a Common card, a Rare, an Epic, and an Ultimate card?

Battlecast cards are classified as Common, Rare, Epic, and Ultimate. This designation not only indicates how difficult a particular card is to find, but also how powerful it is in the game when scanned into the Battlecast app.

Common cards can be identified by the grey symbol on the bottom middle of the cards and when scanned into the Battlecast app will be added to the player’s Collection at level 1.

Rare cards can be identified by the blue symbol on the bottom middle of the cards.

Epic cards can be identified by the purple symbol on the bottom middle of the cards.

Ultimate cards can be identified by the gold symbol on the bottom middle of the cards.

2. How many cards will be available when the game launches?

There will be over 300 cards in total for players to collect. These include:

3. What do all these card designations mean? What do they do in game?

These are various attacks and effects that can be cast by any character. Each is linked to one of the ten Skylanders elements

These are special powers that can only be used in combat by a specific Skylander.

These are attacks and effects that can be used by any character. While usually not as powerful as elemental spells, they have the benefit of not being element-specific and can slip through defenses designed to block elemental powers.

Gear cards are devices that are attached to a specific character and apply specific affects only to that character. A character can only wear one piece of Gear at a time. Active Gear will be destroyed when a new piece of Gear is applied to the character.

Relics are powerful objects that are played on the battlefield that place some sort of global effect on the battle. Each team of three Skylanders can only place down have one active Relic at a time. Relics also have their own Life counters and can be targeted just like enemy Skylanders.

4. How many cards come in card packs? 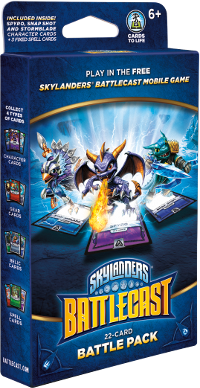 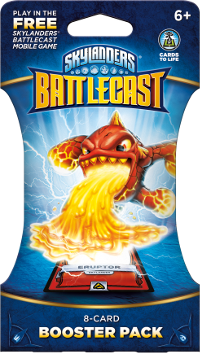 5. I have a damaged card that can’t be used in the game. What do I do?

If a card is too damaged to use, you will need to bring it back to the retailer where you purchased it.

Prior to returning your card pack, please have your receipt for the purchase of the card pack available.