Season 01 of Call of Duty®: Modern Warfare® II and Call of Duty®: Warzone™ 2.0 introduces a brand-new iteration of the Battle Pass. With a host of innovations to progression, players will have more choices and agency than ever before.

Instead of a linear stream of tiers set out in a scrolling row along the bottom of your screen, your Battle Pass takes the form of a multi-Sector map. Use Battle Tokens to claim items in a Sector. Claim all items in a Sector to unlock adjacent Sectors. 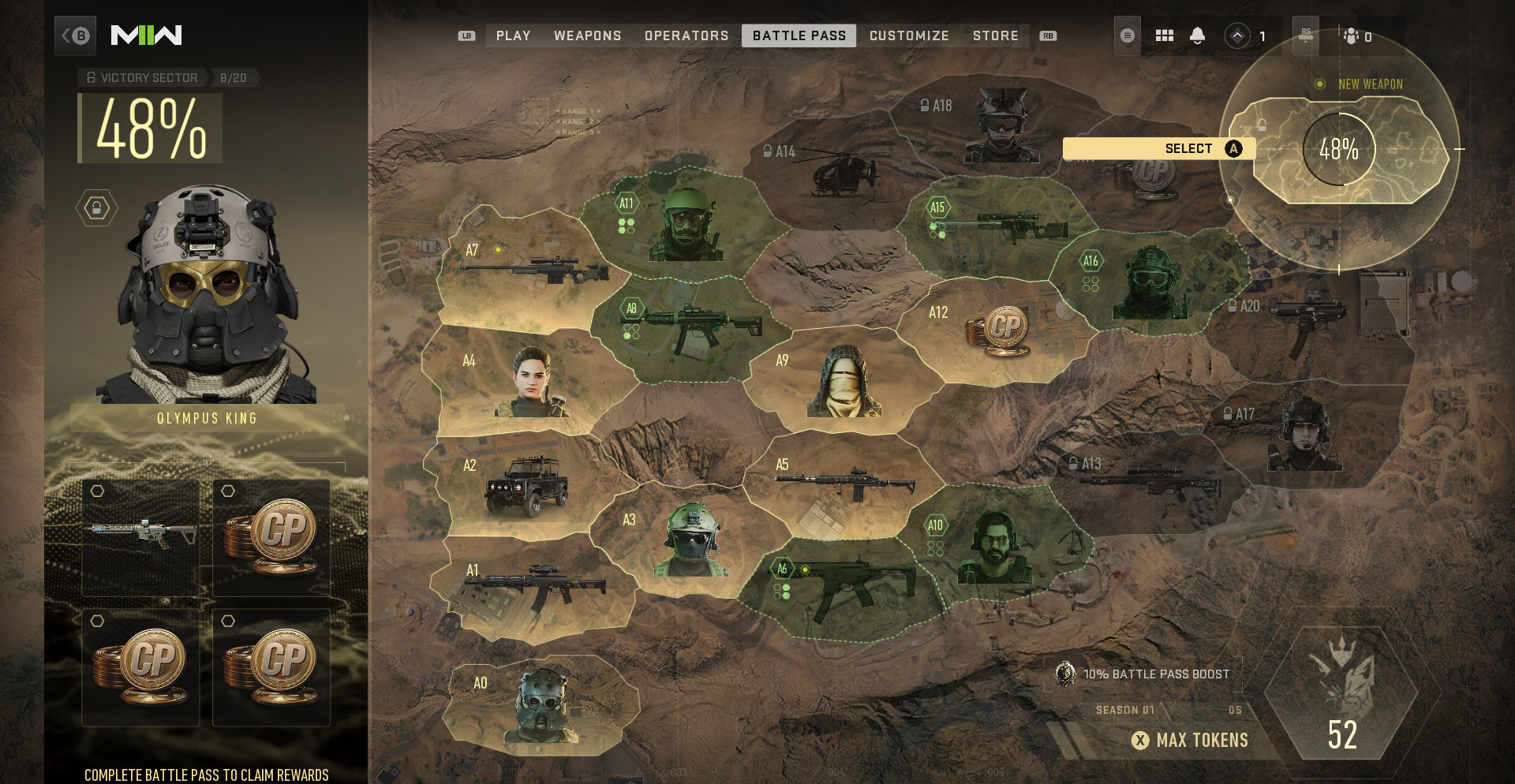 The Battle Pass map is made up of 20 Sectors, and each Sector contains five rewards. Claim all five rewards with Battle Tokens to unlock new Sectors.

Players with the base Battle Pass need to claim all five rewards in a Sector to unlock new Sectors but will only receive the reward marked Free. When upgrading to the premium Battle Pass, all rewards that have been claimed will be available to use.

Claim the High-Value Target (HVT) in a Sector to unlock adjacent Sectors. You can choose any path on the Battle Pass map, but you can only unlock new Sectors next to those you've already unlocked (green Sectors).

As you play the game, you will earn Battle Tokens, which are used to unlock rewards in Sectors on the Battle Pass. You may also purchase Battle Tokens.

Check out the Call of Duty blog for more details about the Battle Pass and Bundles.

Yes, each season includes a brand-new Battle Pass containing items that were not previously available.

2. Do I need the Battle Pass to play Modern Warfare II or Warzone 2.0?

Aside from COD Points, items within the Battle Pass can only be obtained by unlocking them with Battle Token Tier Skips.

4. Can I buy the Battle Pass from previous seasons?

No. A Battle Pass for a specific season expires when a new season begins.

5. If I upgrade to the full Battle Pass during a Season, will I need to start at the beginning?

6. If I upgrade within a console family (Xbox One to Xbox Series X|S, or PlayStation 4 to PlayStation 5), will my Battle Pass progress and unlocked content carry over?

Please note: COD Points you earn through the Battle Pass can only be spent on the platform you are playing on when you unlock the COD Points. 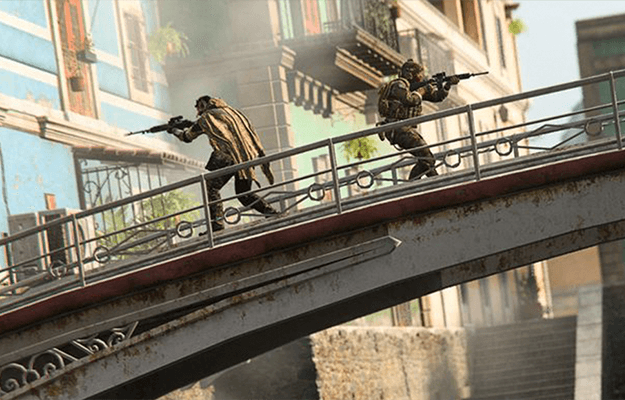 How to obtain and spend COD Points in Call of Duty: Modern Warfare II 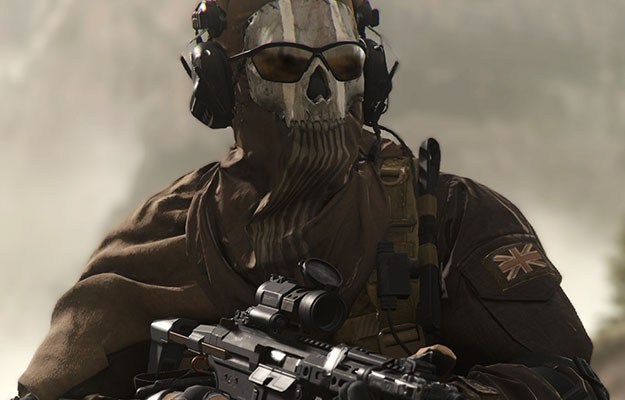 A breakdown of the different editions of Call of Duty: Modern Warfare II, including cross-gen options for consoles and pre-order incentives